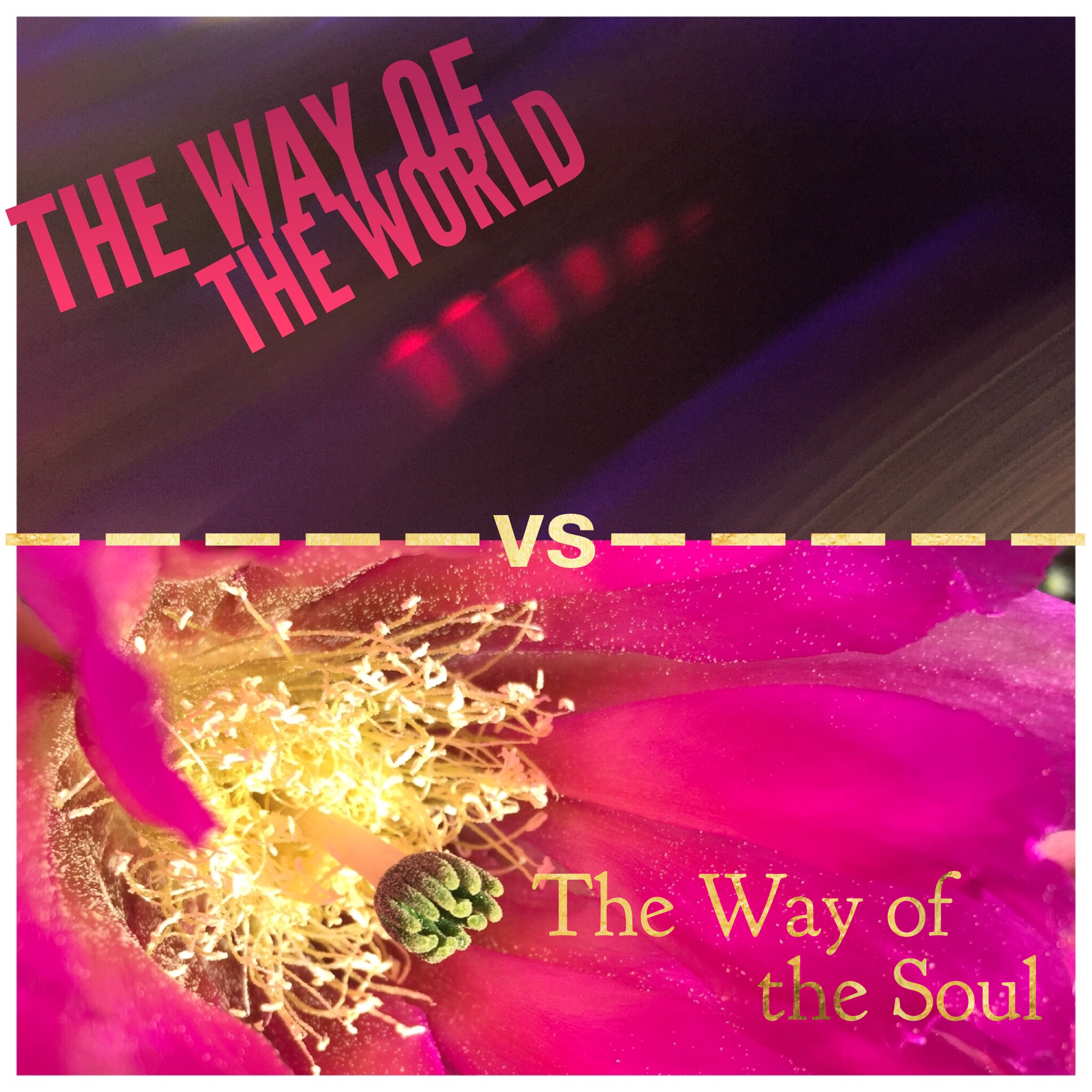 I’m really getting good at doing the CSI work on my old, dead ways. Ways that I was told would bring me happiness. I speak a lot about what I call the Conscious Masses Mindset -vs- the Mind of God. I also use the phrases the Way of the World -vs- Way of the Soul. The Mindset and The Soul are definitely not alike. The Mindset has been at war with The Soul most of my adult life. Maybe it is for you, too. Here’s what I’ve learned for me, it may or may not resonate with you.

God won’t make anyone do something they don’t want to do.

But Fear can and will. God is Love. Love will never force you to do something you don’t want to do, even if it’s what’s “best” for you. God doesn’t play by the world’s rules. God uses Time. God IS Time. So time doesn’t matter. Time is on your side, once you see this. Time is the medium through which your dreams are achieved!

So how does the God of the Universe get us to our dreams? To a state of True Peace and Happiness? By showing us what we DON’T want. It’s an incredible strategy. The basic principal is to let us experience our own desires manifesting. We create. Just like God creates and enjoys his creations, we are to do the same. But if you were caught up in The Mindset for as long as I was, you may not even know what you really want! I lost myself to the opinions of others and fear kept me firmly in The Mindset.

The Way of the World or Conscious Masses Mindset, is to tell you what you DO want. You want the fastest/best car. The biggest house. The best paying job. The prettiest girl or handsomest guy. The Nike shoes. Or the Christian Laboutin’s. You want power, prestige, and elite status. And you want it NOW! Time is not on your side in The Mindset. You may not have time! (Fear!) Fear is the main tool of control.

But God’s way is to show us what we DON’T want.

Over and over in a tighter and tighter spiral, until you reach singularity. Where you can know it for yourself.

If you are forced to create your life, you will be angry and despise it. Peace will not be found. Peace can only be found when you are living in YOUR truth. Not someone else’s.

Your “buy in” is your desire! You were given this by God. And with it comes a Holy push! Quite the force to be reckoned with! Just try suppressing it and see what happens! You may be able to for a time, if you are really good at maintaining your “comfort zone”. But even that won’t do, and desire will build up and build up, until it bursts forth in epiphany. Which is nothing more than your realization of Truth in Love.

If you would have told me just four years ago that I would release an artist CD, start a blog, write an eBook and work on another book, I would have told you you were crazy. I would have said, “I am not an artist and I am not an author.” I was living my life in the dreams of the planet. I had adopted others’ standards for success. I also did not know what I was really capable of.

So I actually did release a CD of my songs in all major outlets. During the process of making this CD I went through all of this change. I think it took so long because I really had to believe I could do it. I’m not sure I did at first. I’m not sure I thought I was enough. It was part me holding onto unworthiness I had talked myself into, and partly what I was told I could do or what was acceptable (such as the notion that people my age can’t have success in the music industry.)

My standard for success all those years was to get a cut on an A-list artist and get a single released to major market in heavy rotation.

I changed my standard of success.

I dove deep into where those beliefs came from. Mostly taught to me. From influential people telling me when I was in high school that I needed a “real job” to pay the bills and that my music may not be good enough. After all, it’s an industry where only .03 make a living.

But what do I believe?

After I got rid of everything I no longer believed, I came up with what I believe, and I set a new standard for success.

I believe that I worked lovingly for three years on this CD and I am exceedingly happy with how it turned out. It represents my new voice (uke) and my new life (happy) and the new me (all about Conditionless Love) better than I could have asked or imagined! Getting it out as an expression of myself became my standard of success. And that was accomplished. I am wonderfully successful!

I am in that singularity that I spoke of earlier (spiral). I know who I am. I am no longer afraid to express myself. People have opinions, and that’s none of my business. My business is to find the real me and learn how to express that me to others. As I go deep and realize who I really am, I get more certain. I could never go back to playing small.

And there is not a person that I have encountered who does not have this same ability. I can see the beauty in ALL people now.

A couple of words stopped me from seeing my true self. “Arrogance” and “Conceit”. But after my CSI work on those words, I discovered that it was the difference between “Grandeur” and “Grandiosity”. Grandiosity is like Mohammed Ali used to say… “I am the Greatest!” Grandeur is, “I am great, and so are you!”