You Were Made For Greatness!- Part Two of Three 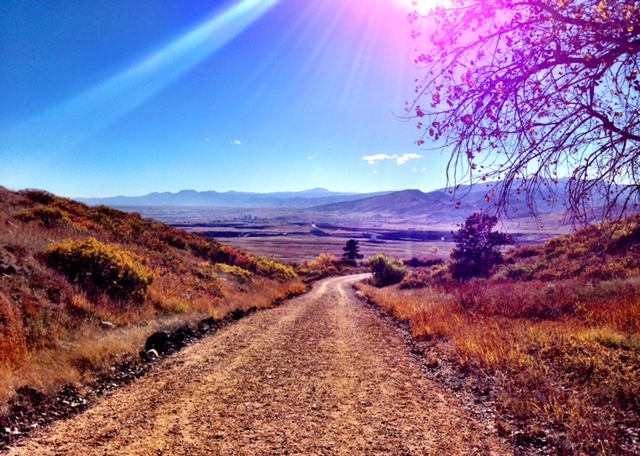 Part Two of a Three-Part Series
Seeking the Void.

“Be still and know that I am God.” Nature abhors a void because it leads to the only other choice-The Kingdom of Heaven. The Natural Kingdom–which is where most of us live–is in direct opposition to the Kingdom of Heaven–where we say we want to be. Peace. Harmony. Love. Certainty.
Just looking at those words draws me to them. It creates a desire in me. That is a different word than longing. Longing indicates something not attained, and even hints at no possibility of attaining. Desire has in its presence a sense of knowing something can be achieved, therefore I can set out on a journey to achieve it. Desire brings action. Longing can keep me in stasis.
Journey. Now that’s a good word. Strong in movement! Adventure! If dreams and desire are the genesis of the journey, it most certainly will be filled with adventure! And wonderment! And unknown.
So unknown is closely linked with journey. And as I lose my control of things–like what love, forgiveness and truth should look like–I come into a lighter, higher vibration. Just as in outer space–which is currently the closest physical approximation of a vacuum. I am now traveling in some seriously uncharted waters.
And that is where I have the best chance of finding the Void.

Matter is the physical substance of what we see. In a Universal Laws view, matter is Newtonian Laws. Physical laws.
There are two particles that basically form the entire universe. Bosons and fermions. Fermions comprise what we can see: matter. Bosons comprise everything else: energy operating at such a high vibration it is moving too fast to be “seen” with the human eye.
Matter makes up roughly 4-6% of what is. The other 94-96% is in the unseen realm. Light energy (we only see a very narrow band of the entire spectrum), sound energy/waves, even emotions have a frequency associated with them.
We have been trained and conditioned to think that the 4-6% matters the most.
But in the laws that govern ALL things that we know of–including all things visible and invisible–the invisible world, or Quantum, is far more trustworthy. As long as you understand how it operates. Simply, it operates on thoughts, belief, and probabilities. Not just physical realities, therefore not open to our “analysis”. Not “provable” as the scientific world insists upon. No empirical evidence. It just “works”. Like the D-Wave computer, the first quantum computer. It works… but they can’t explain why.
So if you are operating out of physical realities, or circumstances alone, you are missing out on the energy and power that most of the universe was created for you to use!

If I can only see a lab report, my physical reality may never include the probability of healing. If I can only see everything that separates me from my significant other, I may never see the reality of a real oneness. If I can only believe the circumstance of an unfulfilling job, I will never grasp a job that brings me personal joy and a sense of fulfillment!
What does it look like to USE that which is at your disposal? The lab report becomes an opportunity. To hone my desire and vision! To get to the point where I know that God/Source/Universe is able to do this– and so much more! I see my Sweetheart’s heart and not his/her actions–which brings about unity and one-ness instead of other-ness and separation.  (Which I had in the beginning, but I gave up in deference to “things that matter”.) I get the job of my dreams because I’m not married to how it should “look” (you know- that stuff society and your parents told you…) and I believe that the Universe has my best and is fully capable of producing this!

Why, though? Why would all of this be true? Isn’t it easier to trust in what I see?

To be continued in Part Three

Please sign up for email notifications to be updated! It’s the bottom right email sign up if there are two on this page. Thank you!