I Am Not Afraid of the Dark 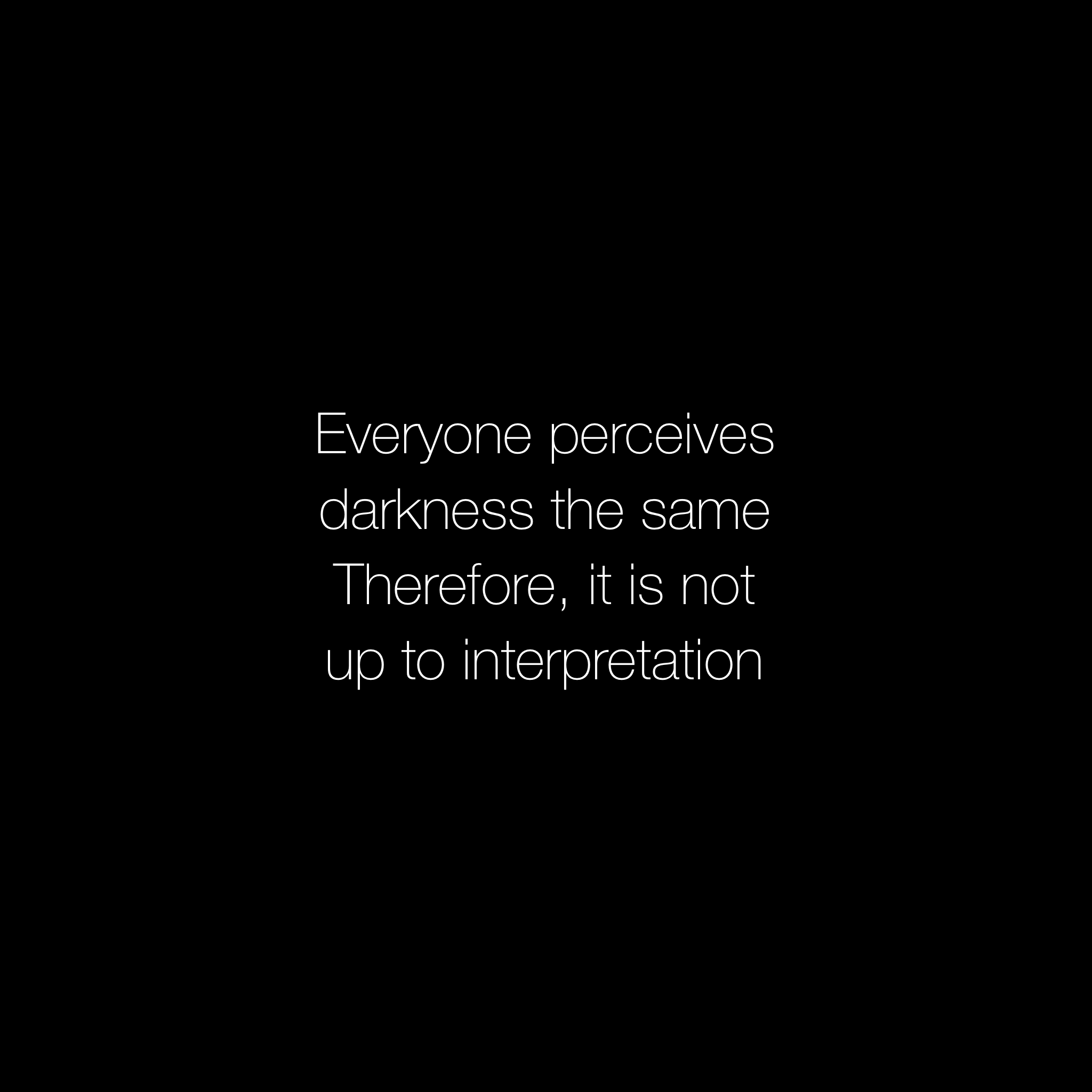 I remember being afraid of the dark when I was a child. I liked to sleep with a nightlight. There have also been times as an adult that I was extremely scared in the dark. One was in Timpanogos Cave in Salt Lake City. The guide turned the light out so we could experience total darkness. I was terrified. It happened again at Disney’s Animal Kingdom in the “Its a Bug’s Life” ride. I wanted to run screaming out of the auditorium with the large handful of small children who couldn’t take it.

I know I’m not alone. Many have a fear of the dark. What will happen? What’s there? When will it end? This was heightened in childhood by bogeyman stories from my siblings, ghost stories at camp, and playing in cemeteries as a young teen. Fear of the dark is closely related to fear of the unknown for me.

So, naturally, when I began to trust Source/God with my life, I saw how the times I’ve been in total darkness had shaped me.

I was so used to only trusting what I see. This was affirmed by most people, as we all tend to only believe what we see.

I found out just how much everyone is afraid of the dark when I chose to believe God for something I did not see. At first, others went along with me. Their level of belief matched mine. But then, after a while, the light became a dim candle in the cave, and few people came along with me on my journey.

Then the candle went out. And I had to adjust to complete darkness. Do you know what that’s like for just your eyes? Let alone your emotions. Let alone your heart.

But here I am, years later. Still in the dark. It’s become a place of comfort for me.

A source of new information.

When you lose one sense, they say the others make up for it. I’ve learned that when you get rid of the steady input from your other senses, that Still Small Voice Within gets very loud. Very trustworthy. Certain.

Nowadays I devote quite a bit of time to learning about quantum physics. The rules that explain the things we don’t see with our eyes—the Unseen, or darkness. In fact, it’s called dark energy/dark matter. Not because it’s dark like we think of dark. But because it’s what’s left when light is removed, or the particulate matter which we can see.

Here is a good definition I found from askanastronomer’s website:

So what is dark matter? The most simple description of dark matter is that it’s all the things in the universe we can’t see . We will come back to what these things might be later, but an important point arises from this statement alone. If we can’t see it, how do we even know it’s there? The first person to suggest the presence of this dark matter was Swiss astronomer Fritz Zwicky in the 1930’s when he noticed (due to something known as the virial theorem) galaxies should contain more mass than we can observe; however, with no other evidence to suggest this was the case, it remained largely unexplored until in the last 1960’s when a scientist named Vera Rubin made advances in measuring the speed at which galaxies rotate. A good way to think about this is to imagine swinging a weight around on a piece of string. Swing it around faster and you need to pull inwards harder, so there is a balance between how fast it goes around and how hard you need to pull to keep it going in the circle. In galaxies, this pulling inwards is the force of gravity, but there is a problem. It turns out that the speed that stars go around the galaxy is roughly constant for all but the inner most regions. This means that there is either something fundamentally wrong with our understanding of physics, or, there is a lot of ‘stuff’ missing causing all this extra gravity to keep the stars from flying away in to intergalactic space. Subsequent experiments have shown that it is almost certainly the latter and this is what we know as dark matter.

In learning about this unseen world that exists, I have learned to be quite comfortable in the dark.

Only 4-6% of the universe is that which we can see—the Cosmos, which is ruled by Classical Physics which is based on Empirical Evidence. The rest, falls under quantum principles which, in my experience, support Belief.

So I believe. And I have no evidence of these things I believe. But I see evidence in a universe that operates in full support of belief in the unseen.

It’s the age old question of, “Does God exist?”

In a world looking for Empirical Evidence, my stance that “The Proof is in the Pudding” is not enough for the Empiricists. They want to see it with their eyes.

Perhaps because everyone perceives darkness the same, and so it’s not up for interpretation.

There is white light—which is the colors of the rainbow combined—and there is darkness, which is all light withdrawn. Those are the two worlds that we do NOT live in. We live in a world of varying colors and perceptions. Relativity and The Conscious Masses Mindset govern this world. I contend that God/Source governs the other two, and I have access to them while here on earth. Darkness—Belief. And white light—Love. (More on this light in my last blog, The Light at the End of the Tunnel)

So for now, I’m comfortable here.